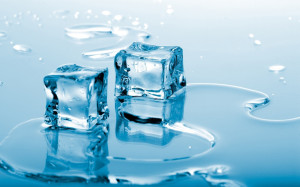 Its still frozen though each day its warming up. Yesterday it was in the high 20’s Hazaar! The ring was almost ridable but i thought id give it another day to truly unfreeze. Since riding wasn’t happening Mary, Peanut and I decided to go for a walk. She wanted to show me a trail she found that she thought might make good horse back riding. We ride on a lot of private property and some neighbors are awesome about letting us cross their land, others? Not so much. This trail was on the not so much neighbors land but yanno its always worth asking. The most people can say is no. The ground was still snow covered but it was melting and easier to slog though then the other day. As we were walking a car came down the long drive and stopped to chat with us it was a neighbor i had met at a yard sale in the fall. Her mother owned the property we were walking on. We chatted for a bit then brought up the idea of riding though when the weather was better. Umm yeah thats not going to happen. Oh well we asked. We continued on until we hit the main road then turned to head home. About half way we looked back to find Peanut laying on the ground in the snow chewing a big stick.

She was so happy with her stick chewing, she had  a big doggie grin on her face. I turned to Mary “Wait a second is that a stick of a deer leg?” turns out it wasn’t a stick at all but a frozen deer leg, hoof and all! Peanut was going to town on it at the knee joint. I of course rushed over to get a picture of her,  then thought this dead deer leg probably wasn’t good for Peanut to be chomping on. I mean who knows how that deer died. Likely it was hit by a car and died in the bushes but who knows really. Peanut however was not going to let me take away her amazing frozen find. She looooooved the deer leg too much for that and ran around giant deer leg hanging out of her mouth not letting me catch her as i chased her down in the snow. Hilarity. I did eventually get the deer leg out of her mouth and tried to throw it where peanut couldn’t get it..  she was not happy with me for doing that. Nothing like pulling a deer frozen leg out of a dogs mouth on a snow walk to make your day entertaining. At least it wasn’t a head or skull or anything. I don’t know if i could have yanked a deer face out of her mouth with its frozen eyes looking up at me. Oh Peanut!

As I was driving down the long drive past the fields to the street to go home, a small herd of about 10 deer jumped the fences ran in front of my car and scurried to the neighbors property where the much larger herd of maybe 100 live. I looked… all of them seemed to had all four of their hooves.