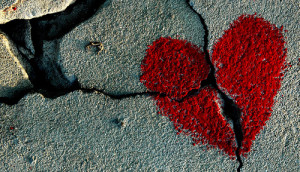 Losing something you love is painful, it can rip your heat out of your chest. I do not wish that kind of pain on anyone. Owning animals brings that pain because we out live them. Animals are heartbreaks in the making. They will break your heart. Thats why I do the best I can for them, I am their caretaker. My dogs, my horses, its my responsibility to care for them. When my almost 10 year old greyhound mix cam down with two torn ACL’s I borrowed money to get him to a specialist and if the non surgical option didn’t work, i was prepared to sell my car to pay for the 16-18K worth of surgery for him. I was lucky i didnt have to sell my car and my old guy runs around the yard like the wolf he thinks he is to this day but I was going to do it i had the ad written and everything. Who needs a car in LA anyways.

When my baby horse who was only with me a little over a year was injured with a right hind suspensory injury i did everything i could to get her better. It was hard, it was expensive, i’m still paying of the credit card. I didnt know she would come back to full work. With that kind of injury you dont know. It can go either way. There’s a high instance of re-occurrence. I was determined to do everything i could for her and if it didnt work? Well i would have a 1000 pound giant dog. Because i made a commitment to her and i was damn sure going to keep it. Regardless. This is called life. This is the implied contract. You do right by your animals. If you dont have the ability to emotionally stand by them or the means to take care of them. Then play with your friends animals when you visit. This is how i live my life, this i feel is the right thing to do.

I guess thats why when i read a horse blog today, one i try not to read and read the once star of the blog had been put down “To end his suffering” I lost my shit.  This horse’s health issue was shrouded in mystery. The blogger/owner never really gave a straight answer as to the problem with her horses lameness. She retired him and his issue wasn’t never fully explaned. Which is strange when you are a blogger who blogs about that horse. It sounded like laminitis and eventually in a comment post she admitted as much. She never really talked about how she was treating his laminitis. She did however buy a new horse and and promptly sidelined her interest in the old horse, the horse so many readers had come to love and were in a blog sense emotionally involved with. This is about when I stopped reading the blog. Or rather tried to stop. I will admit it began to piss me off. To see her blog about letting her laminitic horse eat pasture grass and then talk about how he wasn’t 100% sound. Yeah no shit. So i occasionally hate read it and would gnash my teeth and swear i was never going to read it again. But i like many people was emotionally involved with the ex star of her blog, so i would eventually take a look to see how the old guy was doing.

Then he was put down. A brief mention of laminitis and Cushings. Hello Cushings? Well thats totally treatable. I know several older horses who have that and are doing great with the right management. That management however takes some fucking effort and that it seems that is what was truly lacking here. The inclination to make the effort. So the horse wouldn’t suffer it was put down, it wasn’t treated, it was euthanized or if it was treated the blogger isnt talking. Well about anything but new bridles for her new bright shiny horse.  She didnt even write the post announcing to the horse blog world of his death. Someone else did that. I’m sure the “reason” is because she’s so upset at the loss and i bet she is upset, im sure she loved the horse in her own way. However love is not enough. You need to be responsible. You owe them every effort. Maybe if she wasnt going to make the effort to deal with founder and Cushings and take that long road to recovery and get the best medical advice and actually follow it. Then  the next best thing she could do was put the horse down. But be honest about it for craps sake.  I feel for that horse, he worked his ass off for her, he gave her a Internet platform and how did she repay him… well i’ll let you be the judge of that for yourself. Its pretty clear how i feel about it.

As a friend of mine said i hope she learns better with the next horse. I do, i truly do but i doubt it will happen because hers is a popular blog and she gets a lot of smoke blown up her ass and its really hard to be introspective and lean from life when you’re already superficial and the intweebs feed into that.  There i said it. Lots of people are thinking it but sometimes things just need to be spoken. I’m sure posting this is rash and i should take a beat but i’m just too mad.

4 thoughts on “Heartbreak in the making”