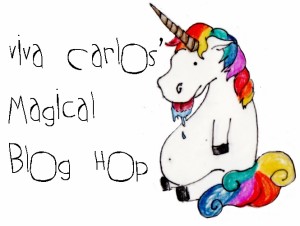 Thanks to L from Viva Carlos for the Magical Blog Hop, Whats in Your Bucket addition. Like i needed a reason to blah blah about what i feed the ponies! I feel better now that i have one though. I tend not to go too crazy with the horsey supplements compared to some i suppose but i do a fair amount of them but everything has a purpose. A reason. A goal.

First up Jezebel. Since Jezebel has recently been diagnosed with hind gut ulcers shes on all kinds of fun stuff to combat that. For 6 weeks she will be eating 300 bucks worth of supplements in addition to her regular ones. Good times!

I’ve changed her Smartpak Calm Ultra to Mag Restore. Vet number two (who doesn’t have a team of vets for one pony.. Oy!) Said that the Mag Restore (which is a different kind of Magnesium) will likely give me better results for her anxiety and in turn help with her ulcers.

Regular Supplements for the wild one:

Smartpak Smart Flex 3– resilience (tendon support and joint supplement) Ive had her on the tendon support since her injury and i cant say for a fact that it had a hand in her full and complete recovery but id do it all over again if i had to today.

Smartpak- SmartDigest Ultra. This is the colic care insurance program. They claim this will decrease or eliminate colic and if it doesn’t they ill pay up to 7500 in colic surgery. They also pay out first before my insurance so that means if i’m ever faced with the question of surgery i have 15,000 with coverage. I hope i never need it but it puts my mind at ease knowing its there. Plus she loves it and eats it right up!

For Jezebels regular feeding shes on free choice hay and a ration balancer. Purina Enrich (which i might change to Triple Crown 30 when the 3 bags i have on hand run out). I’ve got her off grain entirely. Right now she gets the RB twice a day but come spring when shes out 24/7 her feedings will go down to once a day.

Smartpak Smart Flex 3- resilience Circe flexes out at a 1 So i wanted to give her some a joint supplement and because i’m tendon soft tissue paranoid. You would be too if you sat in front of a horses stall for 7 months watching her lose her mind. I’m giving her some tendon support as well. Plus my better half would like to learn to jump and that would mean Circe would be his partner.

Smartpak- SmartDigest Ultra. Shes also on the colic care and regular insurance so she too has 15,000 in colic surgery coverage. So anyone that tells you the cost of two is not that different then the cost of one is lying to you… for reals!

For her regular feeding shes on one scoop twice a day of Purina Strategy Healthy Edge. Id like to get her off grain as well but well have to see how that goes shes not as much of an easy keeper as the wild one. She also has free choice hay. When I take her to one feeding a day i might have to change feeds to something more substantial to keep weight on her, hard to say at this point.  My goal with both the girls is to get their regular eating habits as close to how horses are designed to eat not how we feed them. When the grass comes in i’ll have to readjust everything. Cuz its an on going battle and they each have their very own special  pony needs.