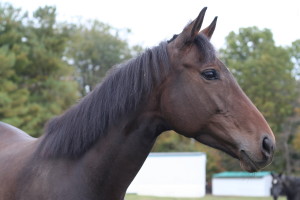 It’s been a hard year in so many ways but also exciting and as always I did learn a little something. The beginning of the year started out great, Jez was learning to canter and not turn like a motorcycle and in mid March we started going out on the trails. It was going smashingly (even if she wouldn’t cross water) and then on April 1st disaster, my worst fall to date. One ambulance ride later and I was to be laid up for months. Jezebel didn’t fair any better seems I was bucked into the fence not because she was a bad girl but because she was herself injured. Right hind suspensory Poor pony! Seven long months of rehab were in order. It was a real tough 7 months. Jez going insane on stall rest, me feeling helpless to fix her. The ordeal was not made any easier by switching barns half way though Jez’s rehab. That was a nasty, ugly hot mess. Horse drama to the extreme but I learned that:

A. I don’t have to nor will I deal with crazy people and put up with peoples bullshit

B. I have more, a lot more support then I thought I did!

Jezebel was so resilient moving farms first to a temporary place at a friends house, then to her new permanent home that it taught me a little resilience too. I was awestruck by her ability to adapt and take it all in stride. She’s much happier at her new farm and so am I. I like that I get to be more involved in care of my horse. At crazy farm, everything was dictated to us on how everything was to be done. God help ya if you were to disagree with the management on anything. From the smallest thing like how you swept up after yourself, to which supplements you wanted to give your horse, to what vet you wanted to use. I didn’t know how stressful that place was until I left and experienced something else, something different, something better. Sure theres no indoor but theres also no bi-fucking-polar.

We finished our rehab at the new farm and I hired a new awesome trainer to restart Jezebel.  Its been working out great and Jezebel looks amazing. I did everything I could during her rehab to set her up for success. Stall rest, shockwave, all why trying to keep her mind engaged. Id sit out in front of her stall and talk to her for hours and play with her. Hoping and wishing that she would in the end be all right and id get my happy horse back.  I feel as if its paid off, as expensive and as hard as it was. She’s coming along great, her mind is settled, her body is getting into shape, shes learning new things, shes happy and healthy.  I finally had a horse to ride, though I took it very slow with her at first as she wasn’t the only one who coming back from an injury and lets face it my confidence was a little shaken after that ER visit. The only thing i know to cure a confidence shake is is to get on the damn horse. So thats what I did (7 months later). 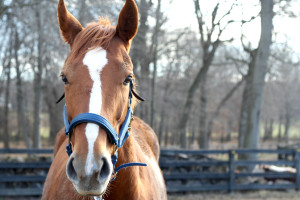 I might have taken the “get on the damn horse” theory a little too far when I decided in September out of the blue  that I needed a second pony.  The stars were aligned and Circe came into my life and it will be forever changed. Where Jezebel is hard, Circe is easy and vice versa. They both have so much to teach me. I went from being mount-less to having not one but two amazing, wonderful, challenging, adorable, very green, OTTBs to ride every… single…. day. Its been a year of challenges both emotionally and physically. A year of big ups and very low downs. A year of new people, new places and new horses… I come home from the barn exhausted, beat, tired out, drained but i’m happy. I’m very happy indeed.